2016 has certainly been filled with unpredictable twists and turns. The Cubs ended a 108-year drought to win their elusive third World Series championship. The United Kingdom surprisingly voted to leave the European Union. But perhaps the most surprising results occurred on the evening of November 8th as an anxious nation awaited the results of the U.S. presidential election.

Despite a nearly consensus prognosis from the experts, Donald Trump prevailed as the victor. So, while many questions remain unanswered as to what a Trump presidency may entail, perhaps one of the most pressing concerns centers upon the stock market’s performance.

The stock market is not immune to sharp declines and steep increases, but the stock market is far more resilient than many give it credit for. Over the last 90 years, the S&P 500 has increased from 244 (in 1927) to 2,198.61 (in November 2016). If you are planning on long-term investing, it is reasonable to expect an average annual return over a 10-year-plus time span to approach 7%.

So, in summary, relax! The economy should continue to grow at a rate of around 2-3% annually, and over time, the market should average around a 7% annual return. 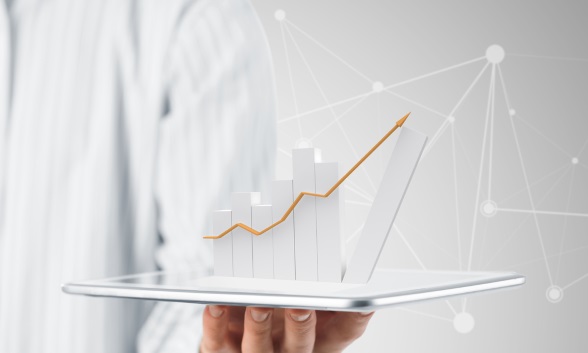 Why the Stock Market Is Reacting Favorably to President-Elect Trump

Perhaps the prognosticators shouldn’t be shocked to see the market responding favorably to the news of a Trump presidency. Despite the relative uncertainty surrounding a Trump presidency, many of Trump’s taxation policies would provide an infusion into the economy. The stock market is not only responding to the Trump presidency, though. There are multiple facets to take into account. Among these factors are:

The policy with the greatest propensity for real economic growth is Trump’s plan to cut the corporate tax rate in half from upward of 30% to 15%. This figures to create quite an infusion to the economy.

Among Trump’s largest proposed reductions is his plan to reduce the taxes on repatriated earnings from 35% down to 10%. This would provide a huge capital infusion into the U.S. economy and ensure strong ensuing growth.

Trump’s call for deregulation is also among the most significant of his market-friendly policies. President Obama has been a friend to corporate America on some fronts as demonstrated when he led the charge for the bailout of the U.S. auto industry. However, Obama’s policies are more in line with Democratic loyalties, which often favor the protection of consumers and the environment over corporate interests.

Donald Trump seems to adopt a standard Republican economic policy. It begins with taxation reductions for corporations and the wealthy that will “trickle down” to the middle and lower classes.

Stocks to Watch With Trump Presidency and Republican Congress

Stocks to buy following the election of Trump and the unified Republican Congress would be companies that benefit most from Trump’s proposed policies. For instance, Trump touted national security, border control, and immigration as paramount issues during his campaign. Therefore, it would make to sense to invest in government contractors working with the military, federal and state prisons, border control, or immigration. Examples of these companies would be:

Trump also touted plans to invest heavily in improving the country’s infrastructure. This plan would work to modernize and improve roadways, bridges, airports, and seaports. Investing in large construction companies and construction materials would also be a wise investment. With the online trading platform, Motif, you can easily select industries to invest in. For instance, Motif has a “Road Construction” motif that is composed of 11 stocks associated with road construction.

There are numerous industries that could see a boost in a Trump presidency and a Republican Congress. These fields would likely benefit from decreased regulation and decreased corporate tax burdens. Some sectors to consider would be health care, financial services, and energy.

Check out this article for information on finding the right online stock trading platform with the features you want at a price that will make the most of your investments.

This site is a free online resource that strives to offer helpful content and comparison features to its visitors. Please be advised that the operator of this site accepts advertising compensation from companies that appear on the site, and such compensation impacts the location and order in which the companies (and/or their products) are presented, and in some cases may also impact the rating that is assigned to them. To the extent that ratings appear on this site, such rating is determined by our subjective opinion and based on a methodology that aggregates our analysis of brand market share and reputation, each brand's conversion rates, compensation paid to us and general consumer interest. Company listings on this page DO NOT imply endorsement. Except as expressly set forth in our Terms of Use, all representations and warranties regarding the information presented on this page are disclaimed. The information, including pricing, which appears on this site is subject to change at any time.